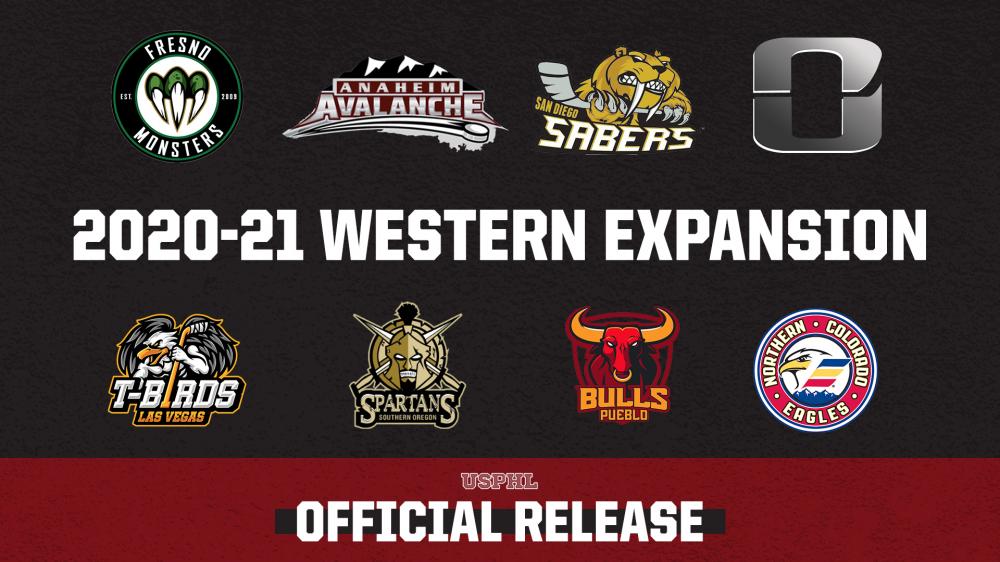 The new teams give the USPHL Premier Division a presence in 24 of the lower 48 states for 2020-21, the largest footprint for any junior league in the United States. The new teams will form two new distinct conferences of the USPHL Premier and are designed to provide more time on the ice and in the classroom while keeping travel costs manageable within their region.

To benefit from the unparalleled USPHL Showcase Series and the college exposure it provides, these teams will make at least one trip to the East Coast for showcase games and each Conference will have representation at the USPHL National Championships. Announcements regarding additional members to the new USPHL West Coast Conferences will be made in the coming weeks. Anyone interested in joining this group or the USPHL should reach out to the
USPHL League Office at info@USPHL.com.

Applications are still being accepted for the 2020-2021 season.

Introducing the newest Member Organizations of the USPHL:

Fresno Monsters: Founded in 2009, the Monsters have won five division championships. They skate at Selland Arena in downtown Fresno, which seats up to 7,600 for hockey. The Monsters have been known to bring in 12,000 fans for a three-game weekend. Alumni could be found playing this season at NCAA Division III colleges including SUNY-Fredonia, Castleton University
and St. Scholastica.
Website: www.fresnomonsters.com

San Diego Sabers: The Sabers join the USPHL under Olympian, NHL Draft pick, and former AHL, Finnish and Czech pro player Tomas Kapusta. The Sabers will continue operation at the Iceplex, located in Escondido, Calif. The Sabers organization is focused on, and has been very successful in, players’ development and advancement. Players from all over the world are joining Sabers to obtain the best hockey experience possible in the attractive San Diego Area
known for its beaches, parks, and warm climate.
Website: www.sandiegosabershockey.com

Anaheim Avalanche: The Avalanche entered their previous league in 2012-13 as the former Ontario Avalanche. The Avs moved to Anaheim in 2019, moving into the NHL Ducks’ former practice facility, The Rinks-Anaheim Ice. The Avalanche have made the playoffs each year since 2014, reaching the league semifinals that year. Alumni have moved directly to NCAA III teams such as SUNY-Canton and Curry College.
Website: www.anaheimavalanche.com

Utah Outliers: The Outliers started play in 2016-17. The team has crossed the 30-win mark in each of its first four seasons and has finished first or second in its division each season. The Outliers are run by Paul Taylor and Kevin McCloskey, who have helped send more than a dozen alumni to the NCAA Division III ranks.
Website: www.utahoutliers.com

Southern Oregon Spartans: The Spartans were the final Northern Pacific Hockey League champion in 2012, the year they joined the WSHL. The Spartans have had several successful teams, attracting the attention of college and pro scouts from around the world. Five alumni were playing minor pro hockey in North America, with many other former players skating in Europe. The Spartans home arena, The RRRink located in Medford, Ore., has been dubbed by opposing teams as “The Medford Madhouse.” The Spartans host over 20,000 fans per season.
Website: www.sospartans.com

Las Vegas Thunderbirds: It’s no wonder the Las Vegas Thunderbirds had a successful inaugural campaign with 26 wins in 2019-20. Their President, John Marks, is one of the most successful coaches in North American pro hockey. In addition to joining the USPHL, the Thunderbirds are excited to begin practicing and playing their home games at City National Arena, which is also the practice facility for the NHL’s Vegas Golden Knights.
Website: www.lvtbirdshockey.com

Pueblo Bulls: The Bulls were a brand-new franchise for 2019-20 and they put together an impressive 32-win campaign in their inaugural season. They also have a great fan base, selling out the 870-seat Pueblo Ice Arena seven times this past season with an average attendance of over 770 fans. Their head coach Chris Wilhite, a product of NCAA Saint Mary’s University, began his coaching career this past season. The Pueblo Bulls are happy to be moving several Bulls Alumni on to playing NCAA next year.
Website: www.pueblobullshockey.com

Northern Colorado Eagles: The Eagles have hit the 30-win mark in four of their last five seasons and have never finished below .500 since joining the WSHL in 2013 as a new franchise. They reached the league finals in 2015-16. GM/Head Coach Steve Haddon joined as the first head coach after playing eight professional seasons with the Colorado Eagles, currently of the AHL. Seven alumni played NCAA Division III hockey in 2019-20. Since their inception, the organization has helped advance 70 players on to the collegiate and professional levels.
Website: www.northerncoloradoeagles.com

About The USPHL
The United States Premier Hockey League of 2020-2021 will be the nation’s largest amateur ice hockey league and the only league to span the continental United States and parts of Canada. The USPHL will field approximately 550 teams representing over 100 organizations comprised of 11,000 players spanning the ages of 6 through 20.

Overall, across all of its divisions, the USPHL had more than 1,200 alumni playing college hockey in 2019-20 and more than 250 playing pro hockey, including in the NHL. 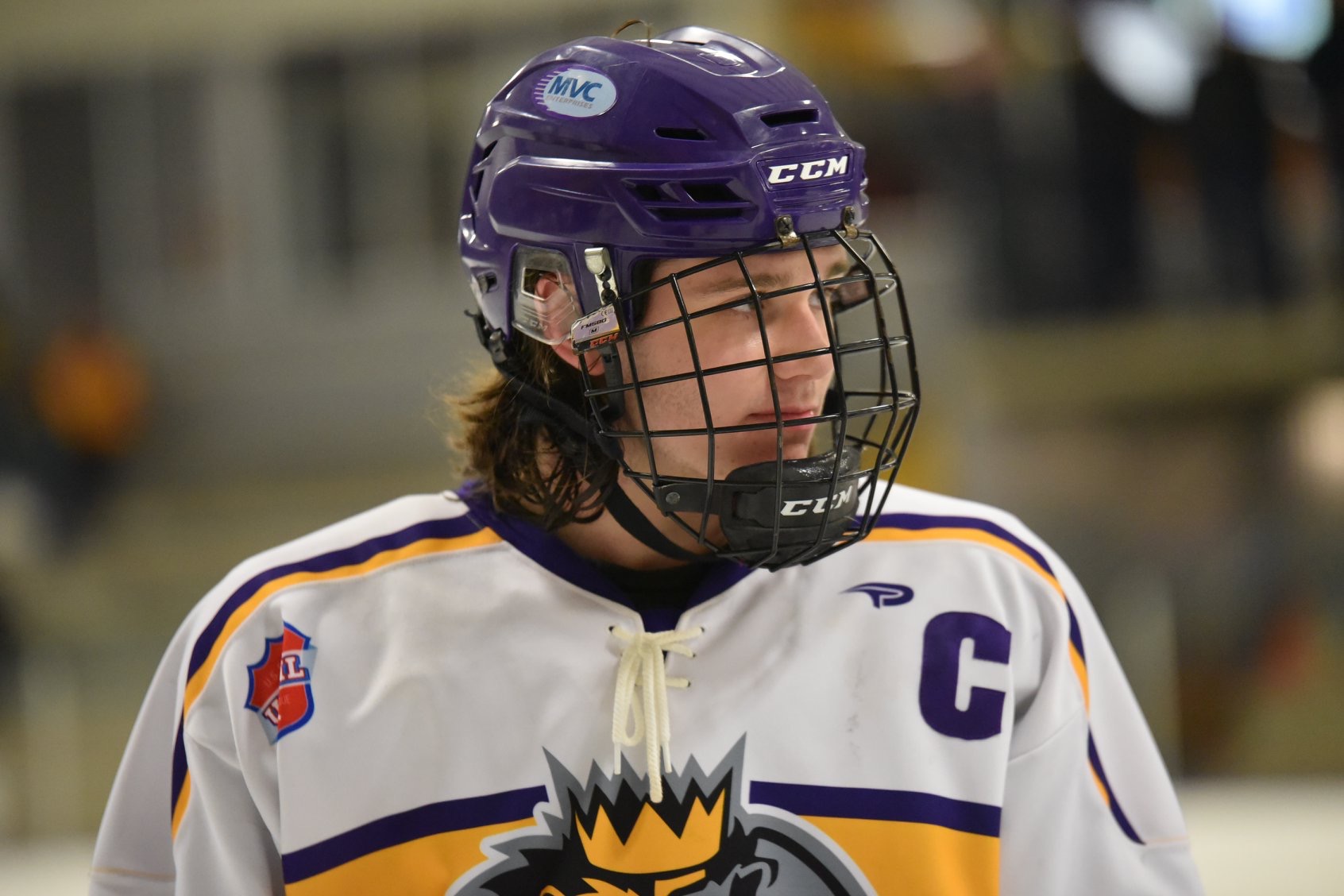